I presented this children's sermon on Memorial Day Weekend, but I think it could be presented at any time especially near a patriotic holiday, but it was most appropriate for Memorial day. The idea here can be used but maybe not all of it for other American holidays.  At the front of our church there are 2 flags- the US Flag and the Christian Flag- these were key elements for this children's sermon.

Once the children were seated, I asked them if they knew what was special about the weekend. I got a few going "we're almost out of school." But I did have an older child know that it was Memorial Day weekend. So I asked what should we do on Memorial Day? Some said "camp", "picnic", but I had one that said "remember." Now this young person I challenged little bit more, "what are we to remember?" He replied " Those men and woman that fought for our country."  I asked "You mean people were fighting over land?" to which others answered "No, our freedom!" Oh, ok! I get it, but let's look at something here for a minute. I asked 2 children to go up to the flags and pull them up a little bit so the congregation and children could see them.

Can you tell me what is the same about these flags?

Tonight the boys found some frogs that we have been listening too for several weeks. They have been around our swimming pool area, so tonight the boys decided it was time to catch them. Garrett started with 1, then I found 1 (Robert caught it) and then Gary found 1. The boys then decided that they would see how many more they could locate. It ended up that we have 5, but their calls were unusual. The chirp for a while and then they sound like a turkey call. So we wanted to know what they were. To the compute we went!!   We checked out this website http://www.paherps.com/ and http://www.pwrc.usgs.gov/frogquiz/index.cfm

Both websites were pretty cool as the have sound clips that you can compare the calls to. After listening to a good number of frog/toad calls- we have determined that we have Eastern Gray Tree frogs.  This has been a fun and interesting evening just listening to all the different types of frogs/toads and their songs. But now we can all go to bed now knowing what is outside on our porch in the small aquarium. Tomorrow we will relocate them to the bigger pond!

This is one of the pictures from the website. I'll see if I can get my own tomorrow.
Posted by Schick fun ideas at 9:29 PM No comments:

This year was the last time that my boys will get on the bus together as Robert will be moving to the Jr. High School. Robert had graduation on the last day of school and Garrett decided that if Robert was dressing up then so was he. 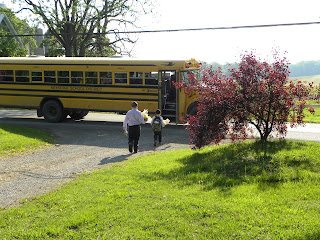 Posted by Schick fun ideas at 5:48 PM No comments: 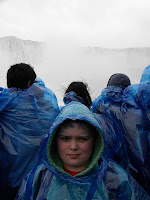 The end of May was very busy around here. Robert being a 6th grader had a few extra events added to the schedule. First was the 6th grade track meet - he participated in the long jump, the discus and the shot put.

Then we went on the Niagara Falls field trip. When leaving Knox, they were calling for rain and thunderstorms all day. Luckily as we got off the bus at Niagara- the rain stopped. We spent the day seeing the sites- The American & Horseshoe Falls, The Maid of the Mist, Cave of the Winds, the trolley and the Aquarium. It was a very nice day and as we were going into the Aquarium, it began to rain again. But we soon were back on the buses and on our way home. 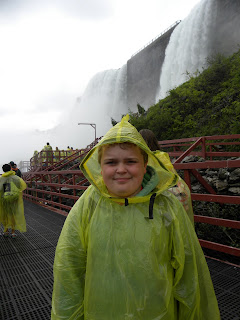 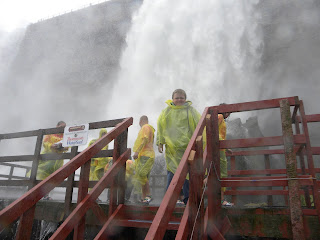 And then 6th Grade graduation. Robert received 2 awards.  What a good group of kids in his class. Can't wait to see what they become! 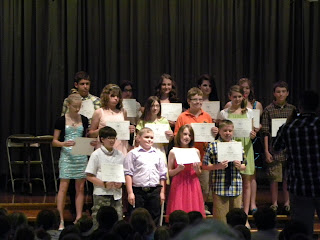 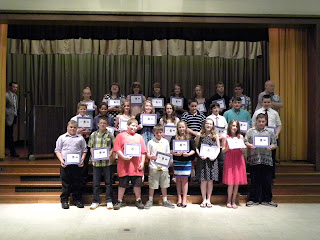 Posted by Schick fun ideas at 5:39 PM No comments: