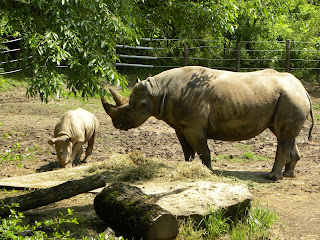 May is always a very busy month around here. All of the end of the school year events, concerts, field trips, special programs, presentations. And this year has been no exception, with Robert being in 6th grade there has been several extra events. But last week I had the opportunity to accompany the 1st graders to the Pittsburgh Zoo. We had a nearly perfect day weather wise, blue skies, sun shining and it wasn't too hot. We  had the opportunity to see the baby Rhinoceros who was born in September, but we didn't get to see the baby tiger:(  The penguins were very busy swimming right up against the glass and the kids got a kick out of them. But the funniest part was the "Polar Bear Dance."  we watched the polar bear for about 5 minutes and then checked back in on him later, he was doing this kind of dance. He would take about 4 steps forward and then take 4 steps backwards but while moving backwards he would throw his head from left to right. It was quite funny. And when we checked on him 10 minutes or so later, he was still doing the "polar bear dance!"

The kids were amazed by the many colors and kinds of fish in the Aquarium. And they got to touch a stingray- they were in to almost their shoulders trying to touch the stingray! And I think we saw all of the animals that were out and about last week. But what a treat to get to go along.

Posted by Schick fun ideas at 11:20 PM No comments:

Tonight was the Elementary Band concert which will be Robert's last elementary concert, it's hard to believe that he is going to the Jr. High in the Fall. But tonight was beautiful. I remember his first concert and the painful sounds that came out of his trumpet and the night he screamed "I sound like a dead duck!" But there weren't any ducks tonight. I could easily pick up Robert's trumpet. He played with confidence and he played well. He may have made a few mistakes, but they weren't noticeable in the audience.  The director had talked about retiring after this year but has changed his mind. But the band prepared a giant THANK YOU sign which they held up at the end of the concert. IT was a very nice evening listening to a very good elementary and beginning band. Thank you students and Mr. Rembold. 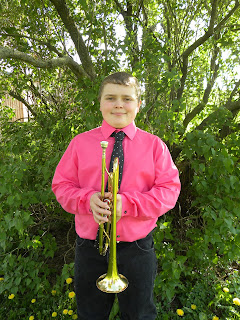 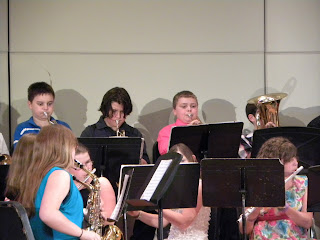 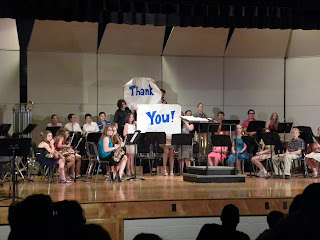 The students that attended the PMEA Songfest in February also performed 2 of the songs that they sang at the festival between bands. They did a great job too!! 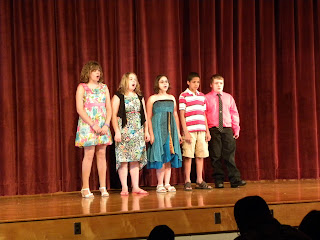 Posted by Schick fun ideas at 9:50 PM No comments: