A few weeks ago I was working with my niece on matching her numbers and counting to 12. Well I was looking for a fun way for her to practice and maybe one that I didn't have to help the whole time. So we made our Number Garden(which later became the Math Garden).

We took an egg carton and turned it upside down. I had my niece use a marker on each egg cup draw green grass. While she was making grass I was making flowers. I grabbed some popsicle sticks and sticky backed Fun Foam Flowers. I placed a flower at the top of each stick. The where the leaves were to be I wrote numbers 1-12 on the sticks. When she was done with the grass, I then wrote numbers 1-12 on the top of each egg cup and cup a small slit the width of a popsicle stick.

This worked great for my 4 year old niece, but the Math Garden began when my son came home from school. Now Garrett is in 3rd grade and was working on multiplication. My niece had randomly placed the flowers back into the egg carton when we were all done the last time. When Garrett got home, he saw this and asked what it was. I explained that it was my "Math Garden" and he had to Multiply the flower times the number on the egg cup and give me the answer. If it was correct he could "pick the flowers."  This was a fun and quick way to randomly practice math facts in a couple of minutes.

Now that I have looked at it for a while- this could work for matching numbers, counting, addition, subtraction, & multiplication. And now my niece is leaving her numbers messed up when she is done so that Garrett has to practice when he comes home- it's like their own little game between them.
Posted by Schick fun ideas at 5:09 PM No comments:

It was that time of year again where I turn my clean kitchen over to Gary and Garrett for the Cub Scout Father-Son Bake Off. This year Garrett has been asking since Christmas to learn to make a Cheesecake. So he and I made a plain cheesecake. It turned out well, but it wasn't thick enough for him and he wanted to add chocolate. Well he found a recipe for Chocolate Chip Cheesecake!

As usual, they had a practice night where they practiced the recipe and we got to sample it and make suggestions. A debate as to if mini chocolate chips were needed or not occurred as the regular sized ones seemed too big. It finally was agreed that it needed the mini chocolate chips.

So Friday night Gary and Garrett made their Chocolate Chip Cheesecake- it looked awesome!! Saturday came and it was time to turn it in. There were 17 entries this year, but they were all against each other- no categories. Even though Garrett and Gary did not win this year- Garrett is happy to know how to make a good cheesecake and we were lucky enough to enjoy it! 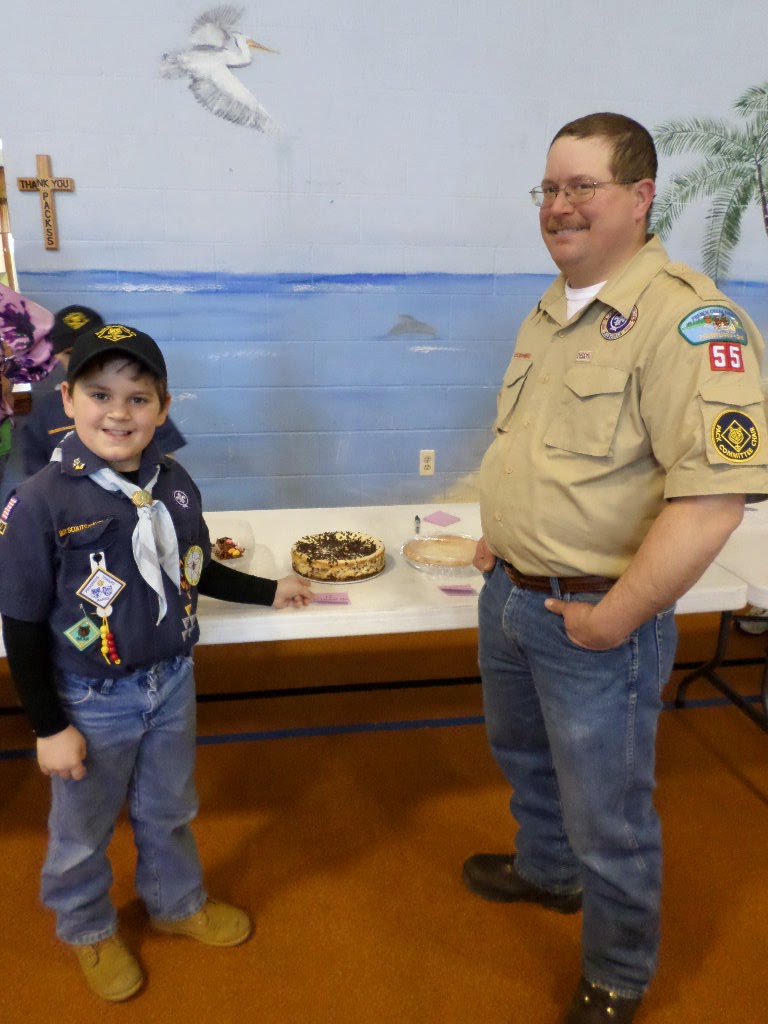 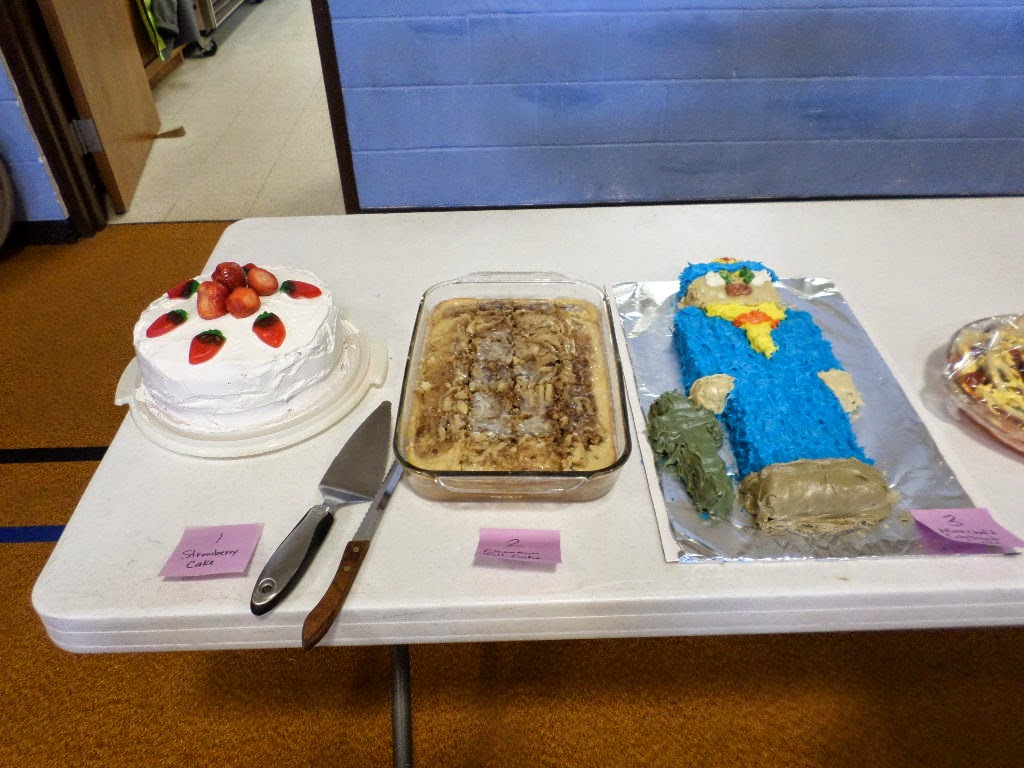 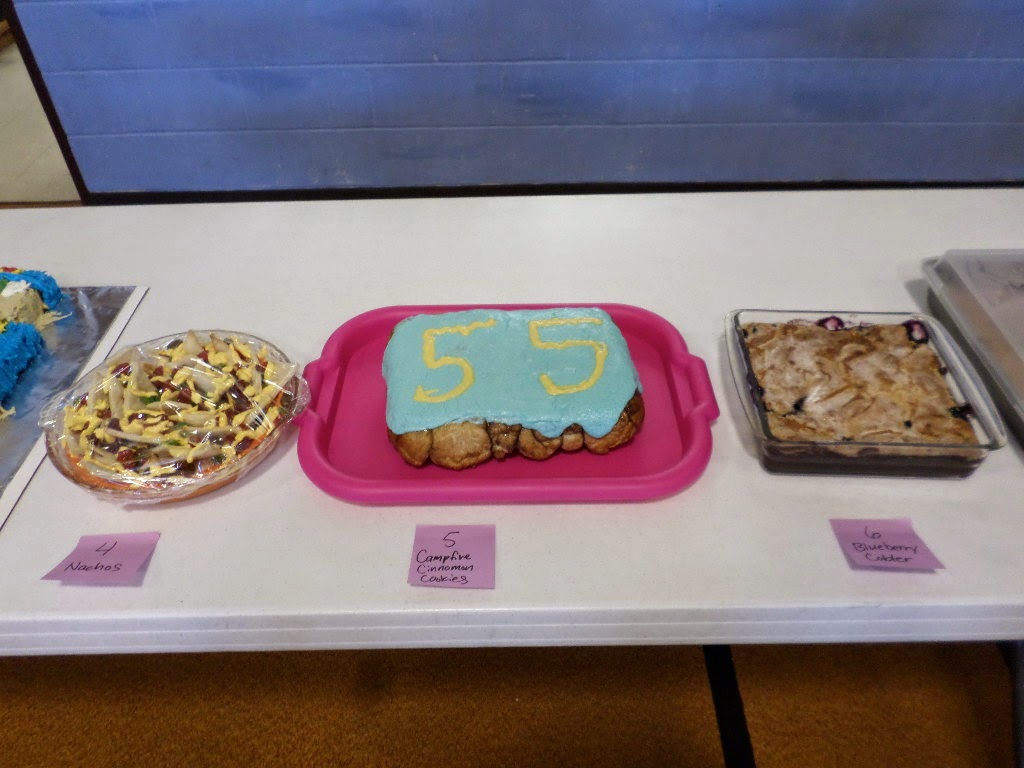 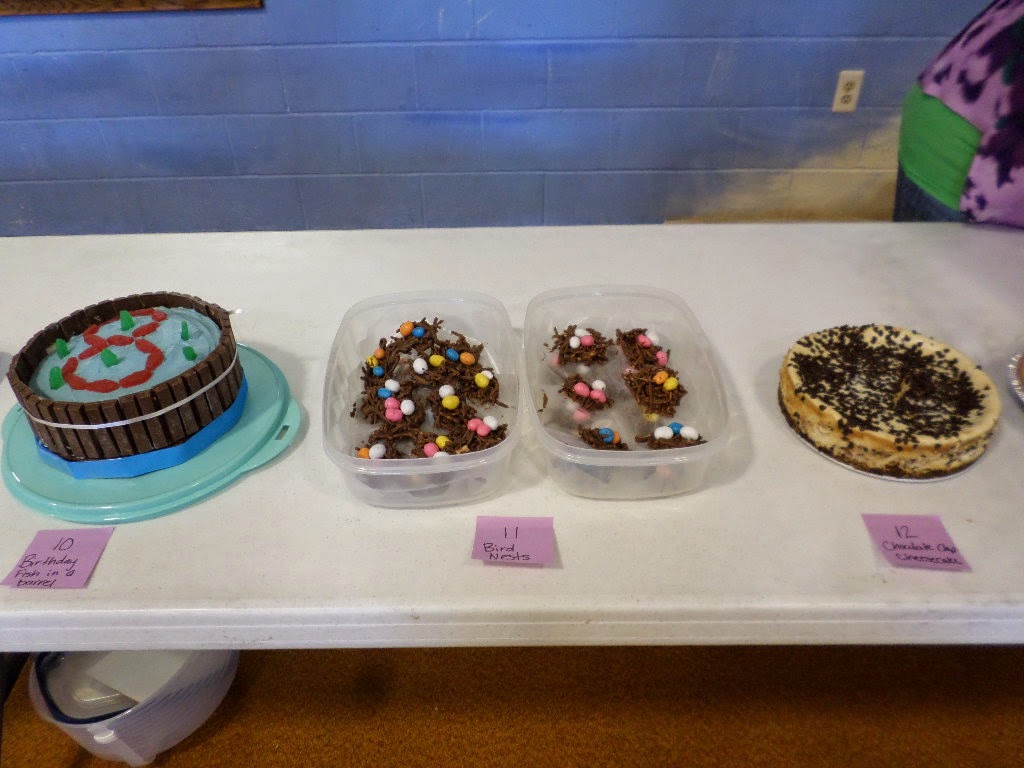 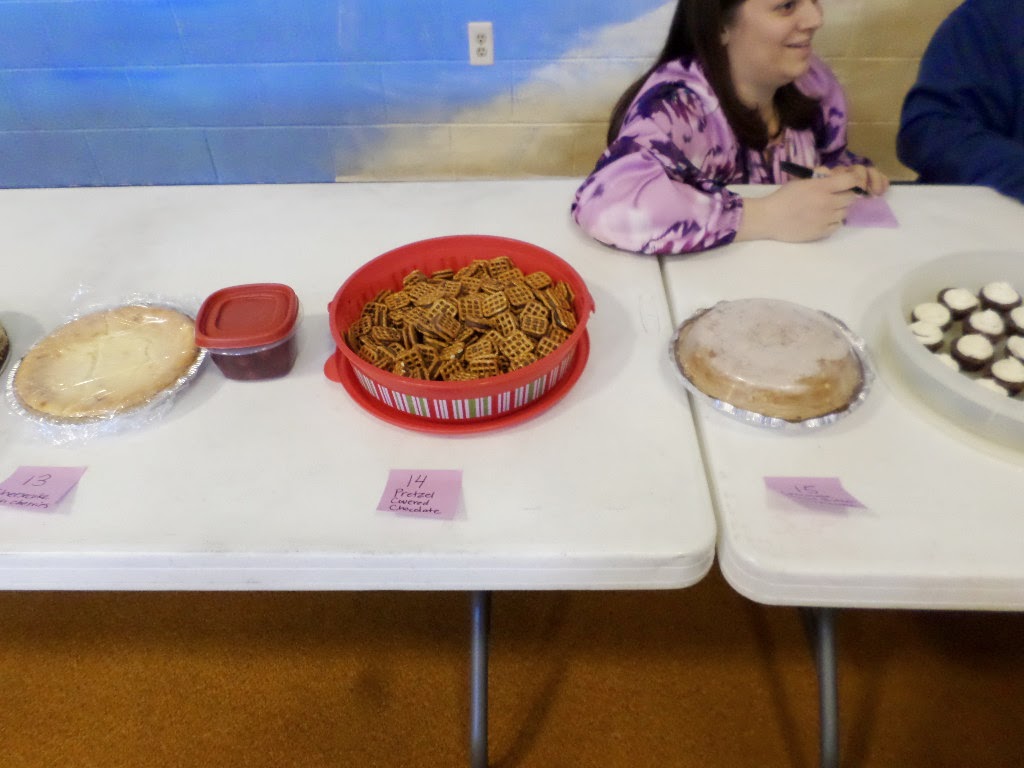 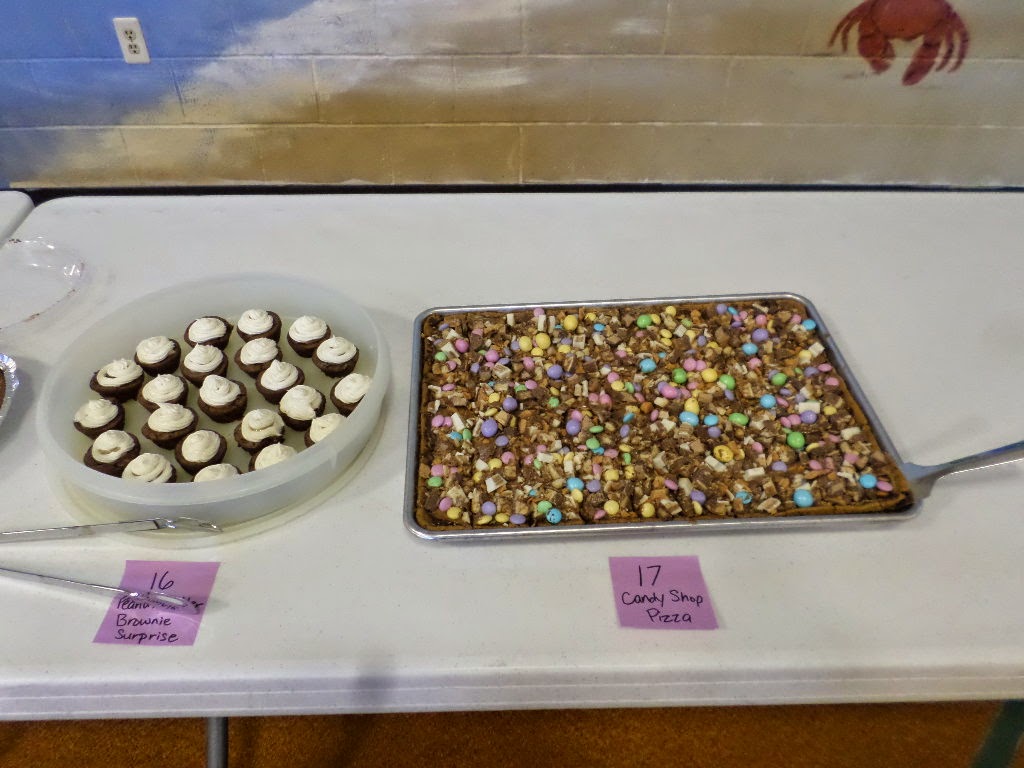 Posted by Schick fun ideas at 4:55 PM No comments:

On March 28, Robert earned his Life Practical for Boy Scouts by organizing a group of Boy Scouts from 2 local Troops to go to the Fairgrounds and work at taking down the hog pens and the hog barn. The morning started off pretty cold and there was snow in the air (again), but this didn't stop the boys as they went through and removed waterers.  Then out came the hammers and sledge hammers and tools- the demolition began. The boys worked all morning until noon at which time they had just about all the pens torn out & wire pieces removed from the cement. Over lunch the fairboard members took down the remaining roof trusses and when the Boys Scouts returned from lunch they were able to start feeding the fire with the hog pens. They also started taking down the walls. It was a very busy and productive day. 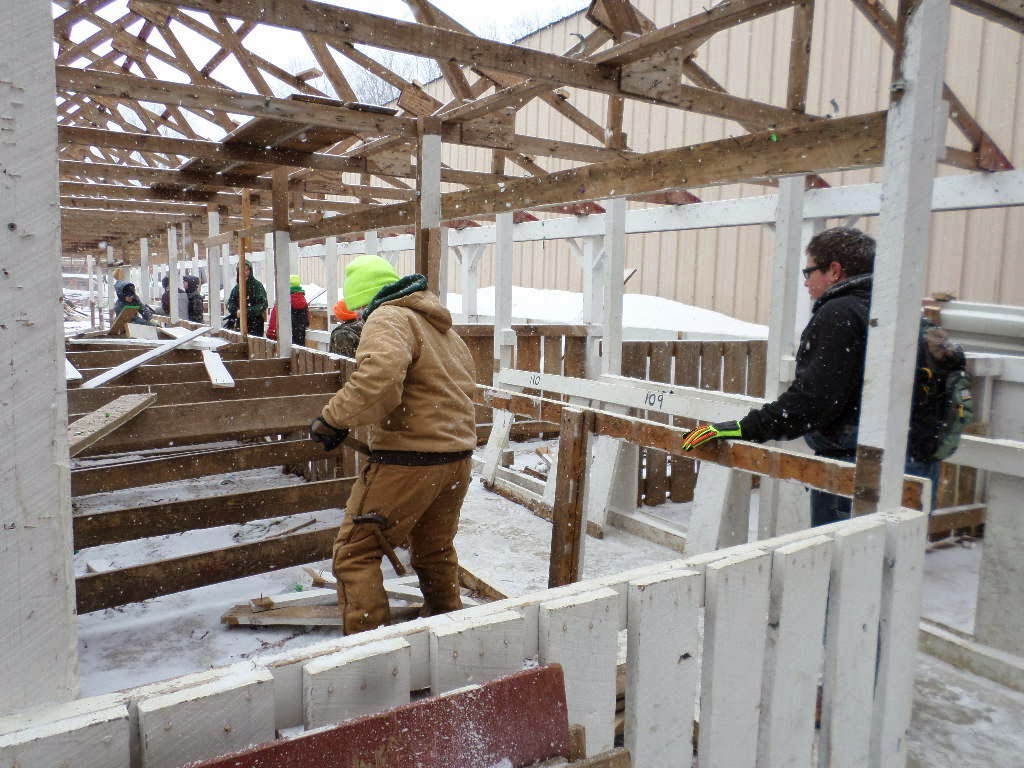 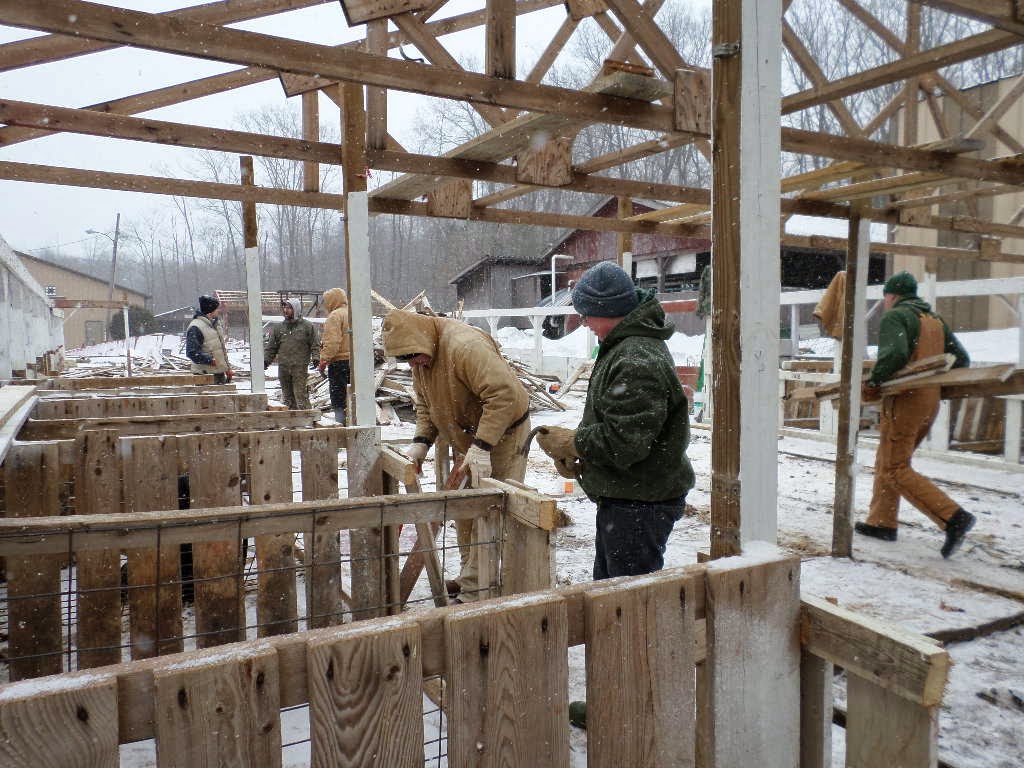 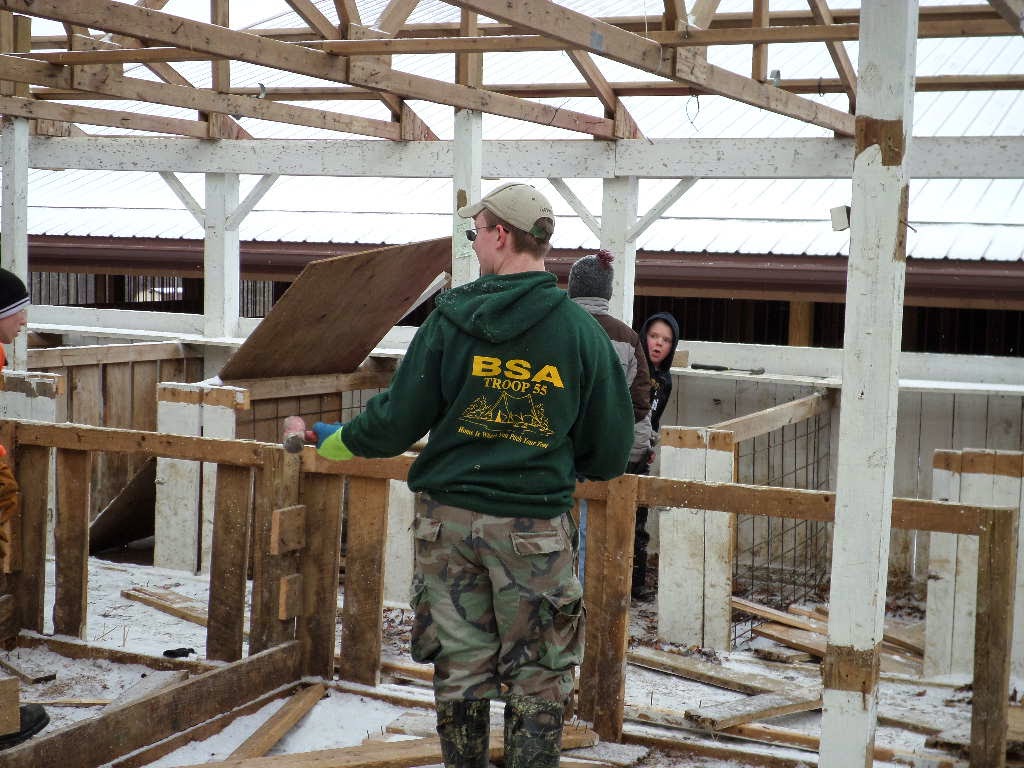 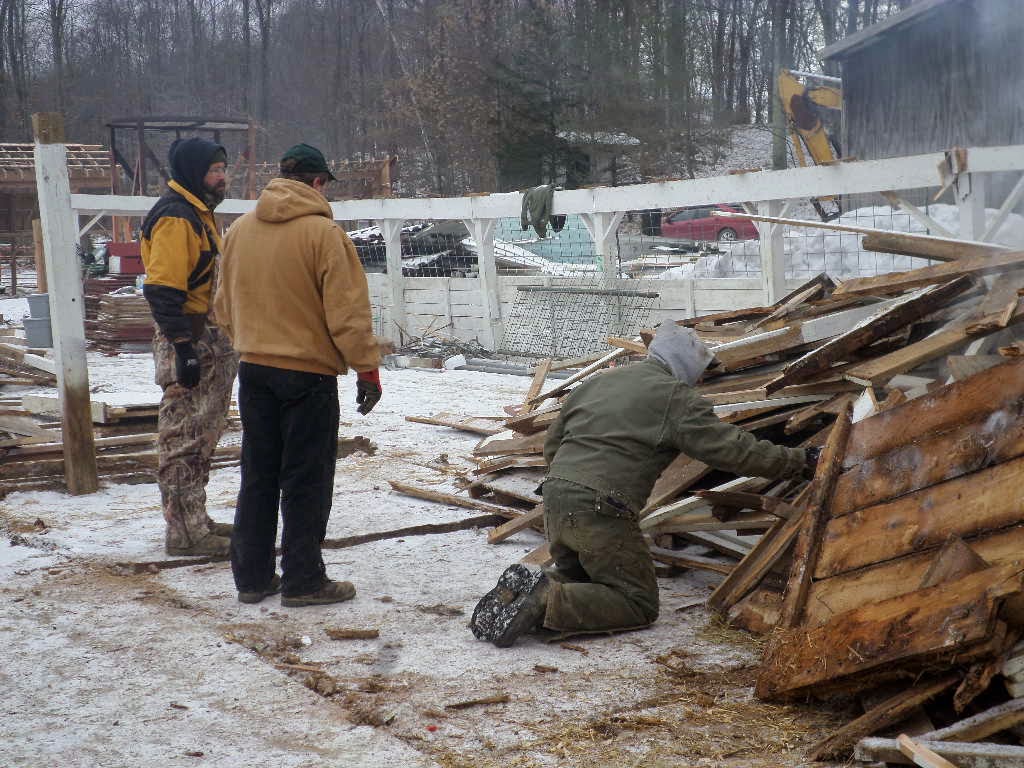 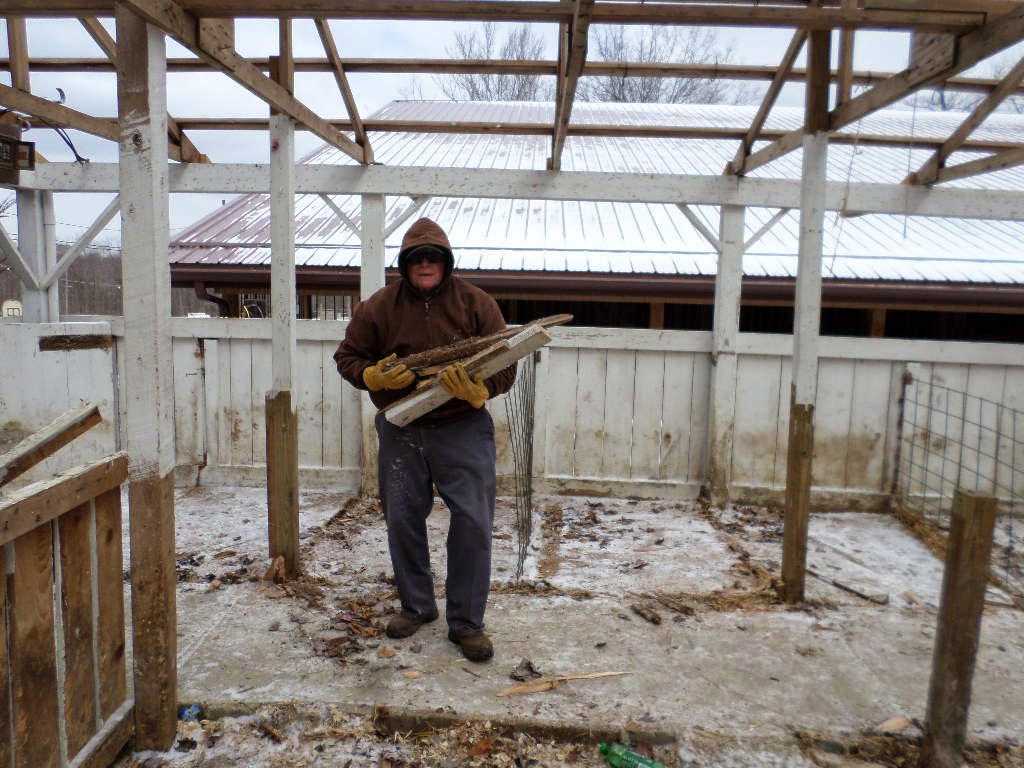 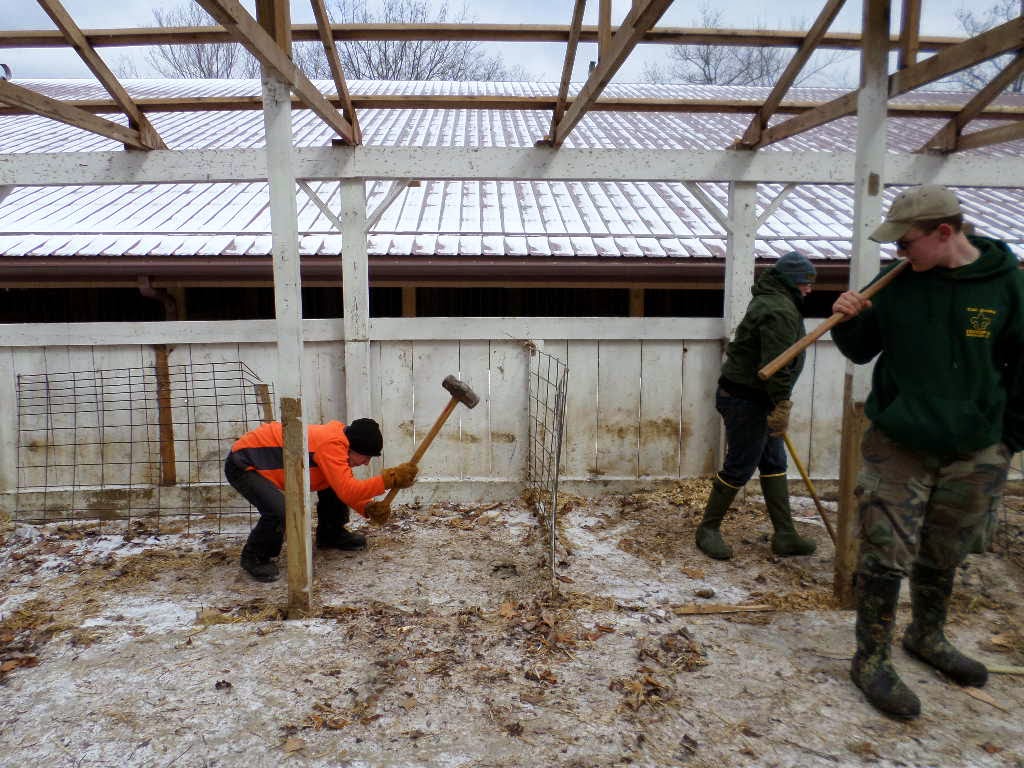 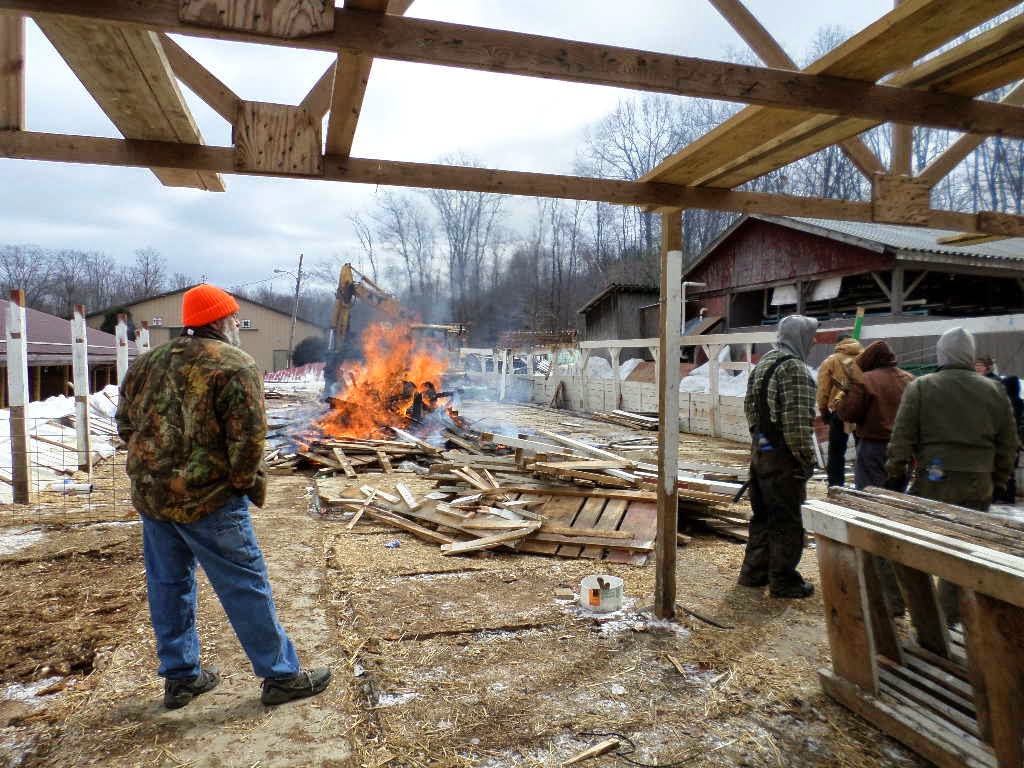 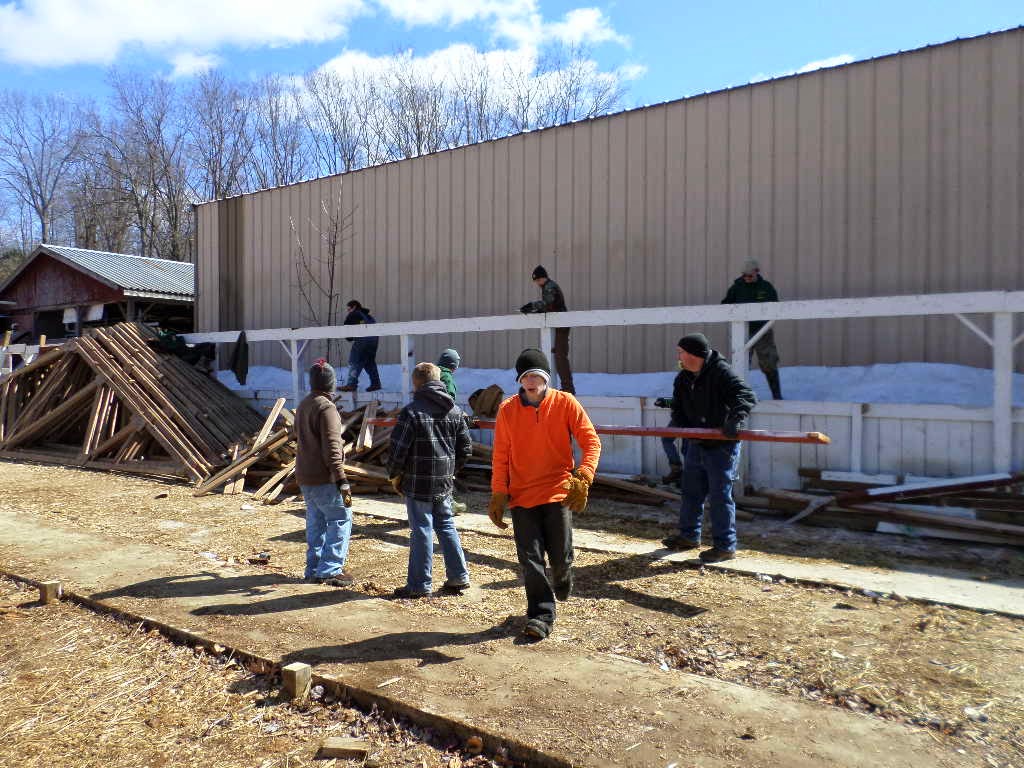 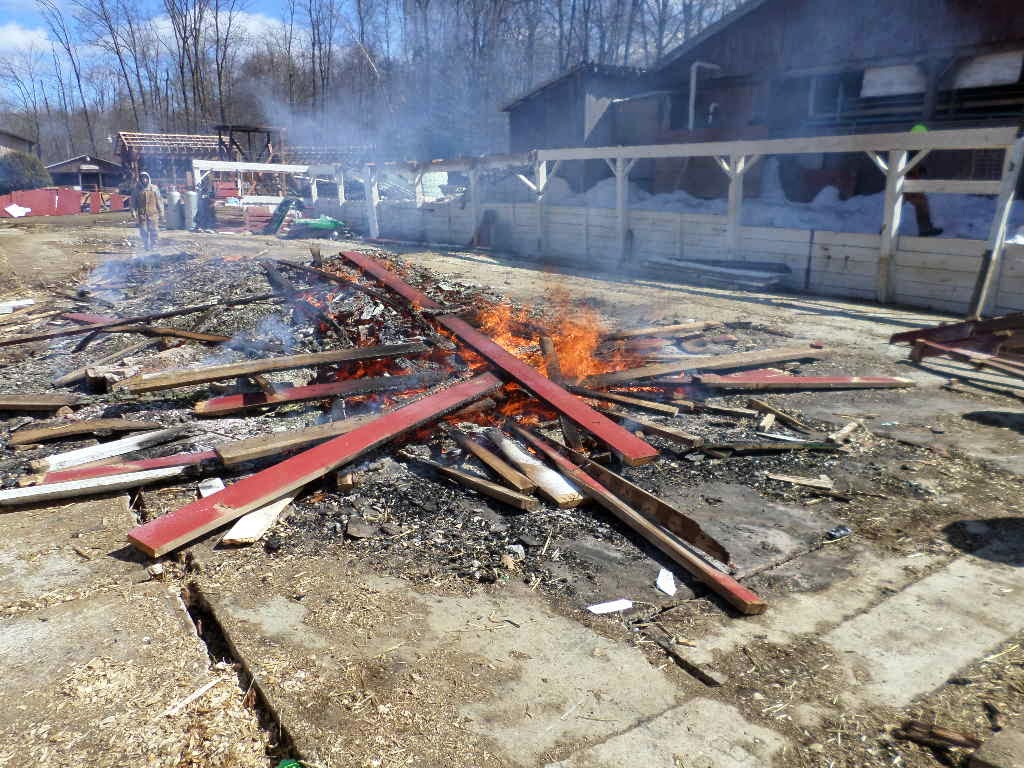 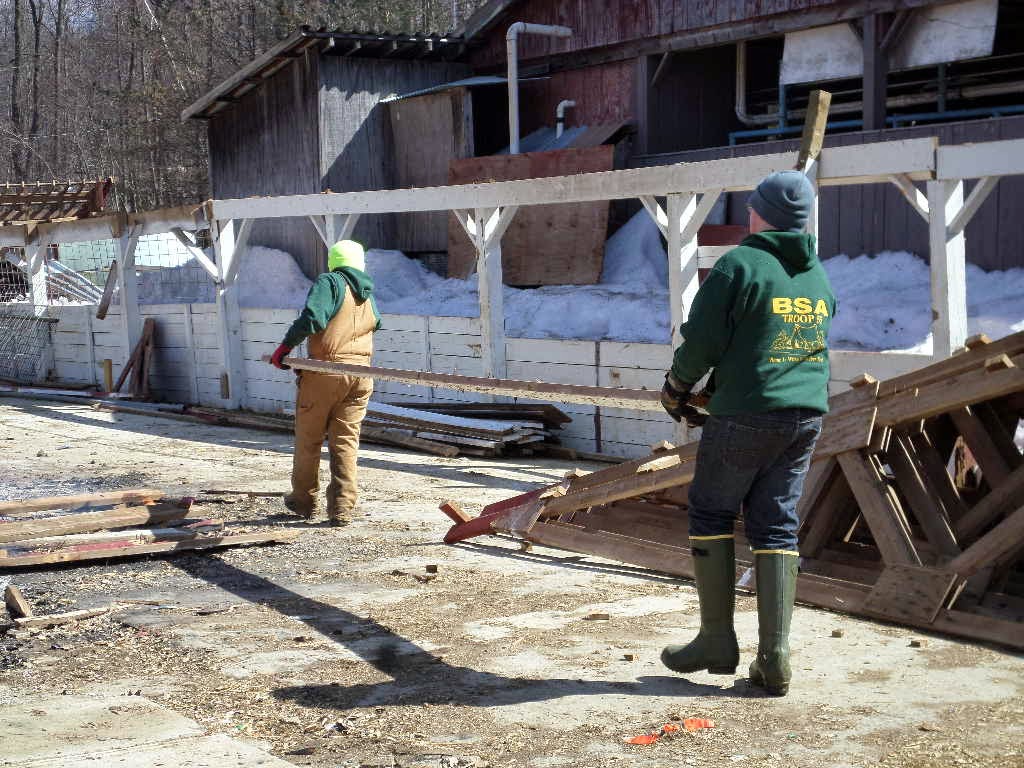 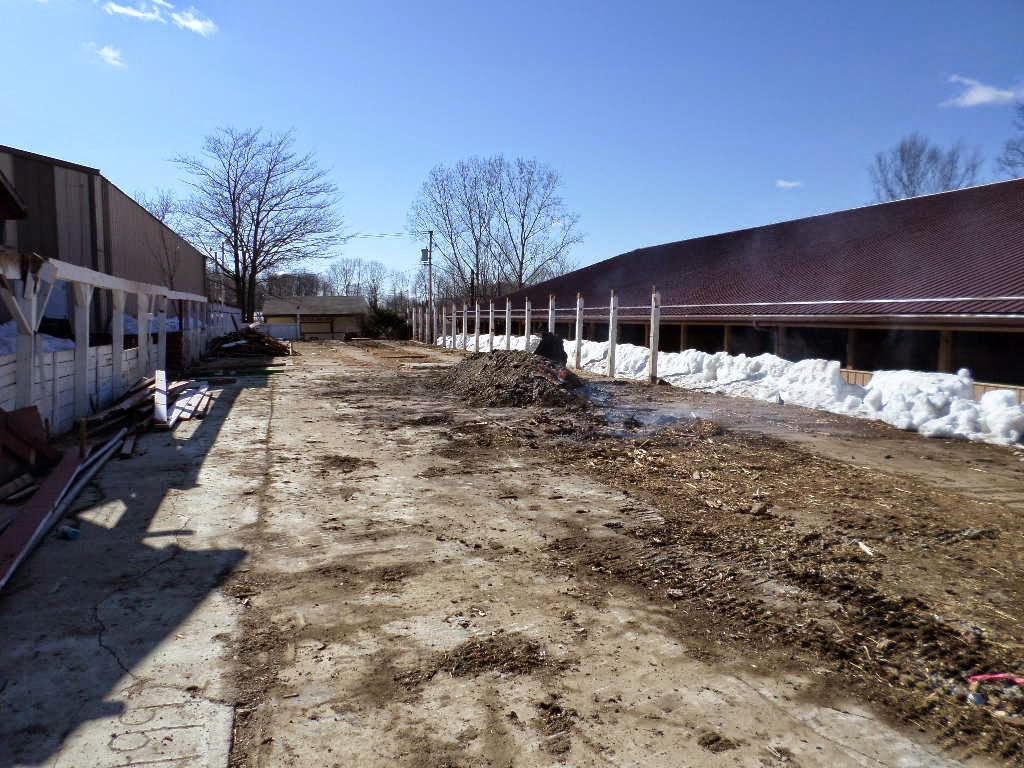 The next day the Fair Board and volunteers started on removing the Bean Barn and the progress there in on afternoon with just a few volunteers was a great accomplishment! 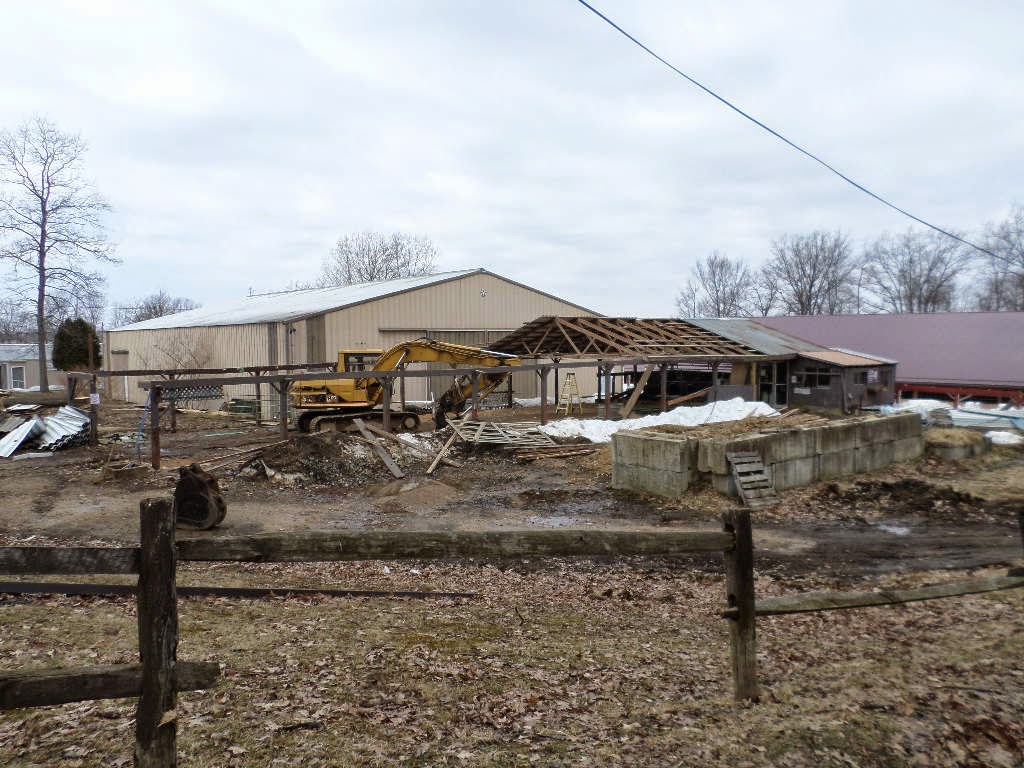 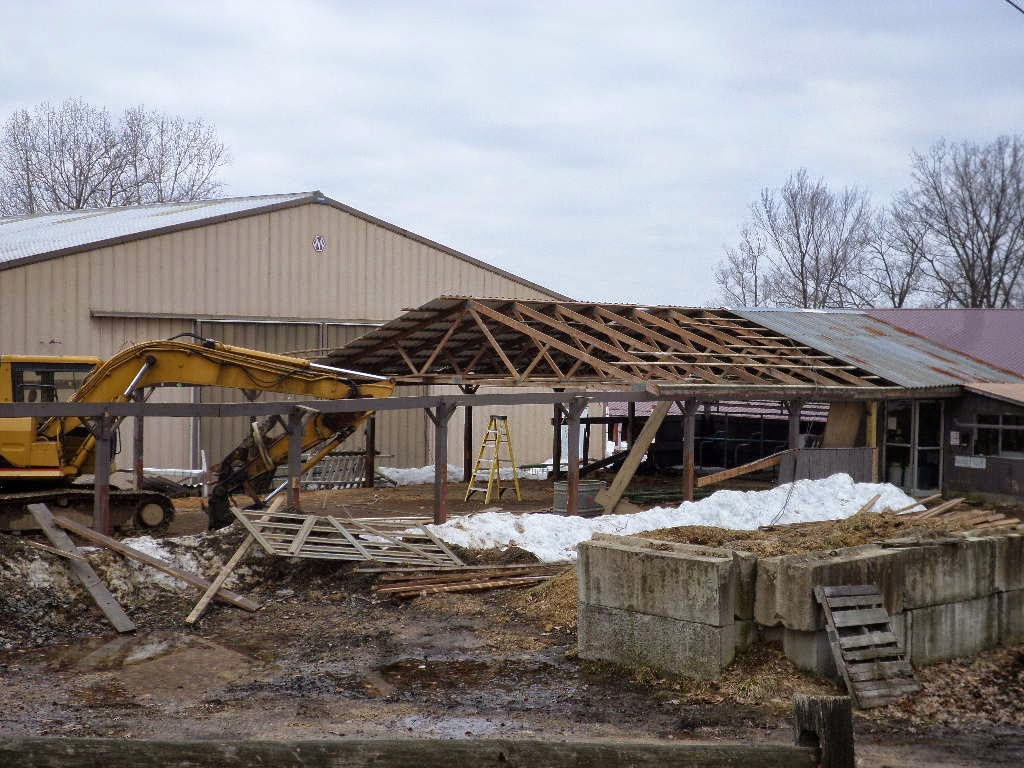 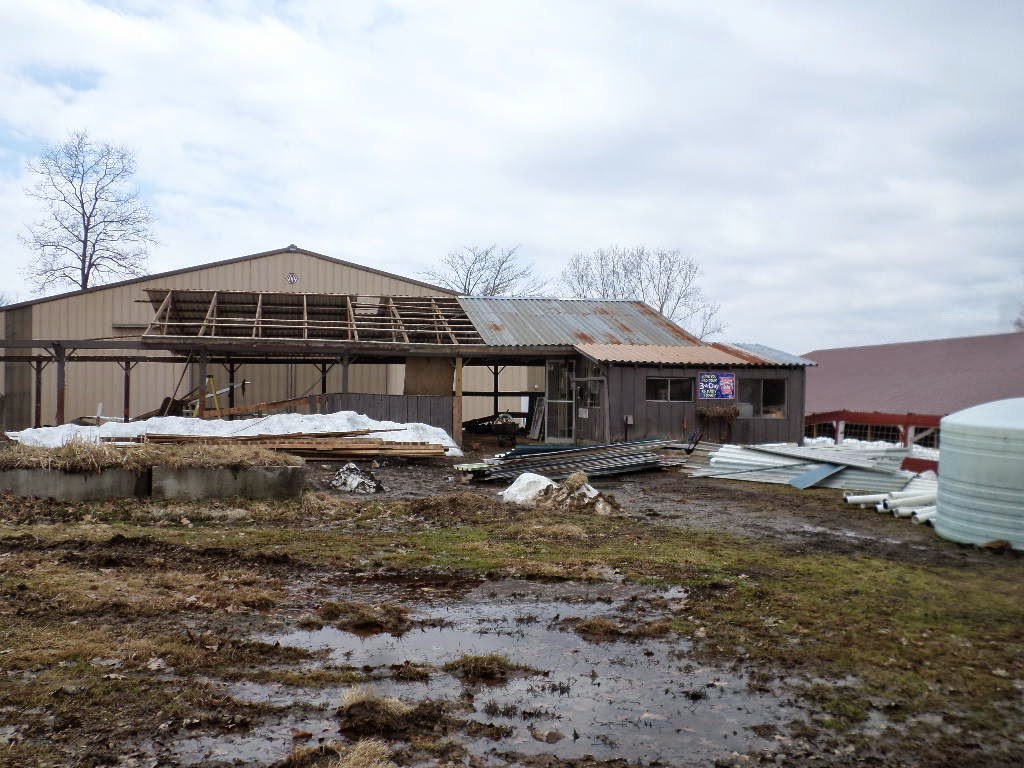 It won't be long until I get to start posting building pictures!!!
Posted by Schick fun ideas at 4:38 PM No comments: