Posted by Schick fun ideas at 9:47 PM No comments:

Today was the day!!! My kids were having kids. (I'm not old enough for that!!!) Okay my boys' goat had kids today. We had been watching her since late yesterday and through the night, but this morning we had checked on her around 10AM and nothing, then when Gary went back out at 11:30 there were 2 babies! The boys are very excited that they were home from school for this event. Both bucks seem to be doing fine. One is standard Boer goat colors while the other is a dark brownish/red color. The boys were like "Wow they are little" - I'm not sure what they were expecting. Then came the questions about how all of this happens... it has been an interesting day, but all are well and happy! 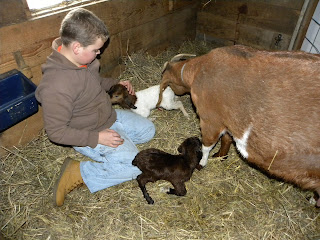 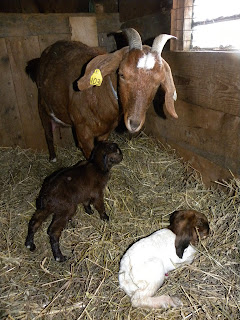 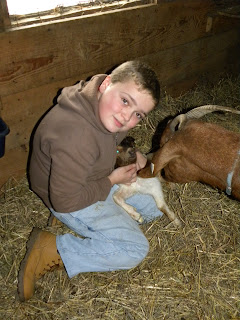 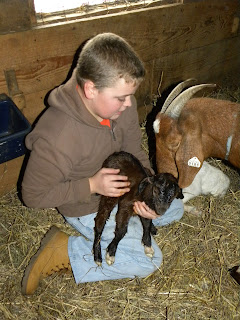 Posted by Schick fun ideas at 9:31 PM No comments:

I have been watching Haylee this week and last weekend, Garrett and Haylee were here together and so we made Indian costumes from brown paper bags. Didn't they turn out adorable?
Have a Happy Thanksgiving from our house to your! 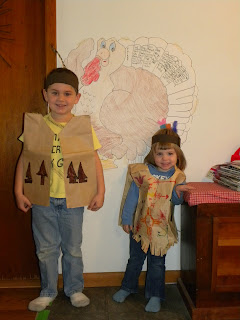 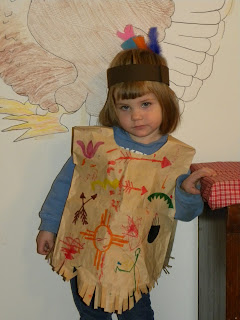 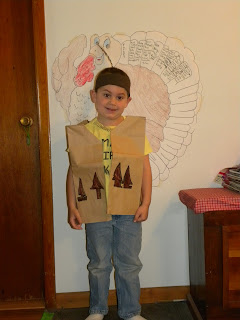 Posted by Schick fun ideas at 8:51 AM No comments:

We have been busy, busy, busy here. We are trying to build a new shed for the goats so that when the new "kids" show up that they have a warm comfy place. But here are a few pictures of the building progress. The shed isn't done yet and the little ones are due on Monday (Ugh) 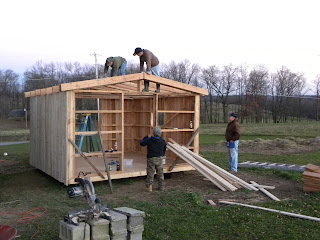 The boys want to help with "their barn" so we have been working after school and weekends when we get a chance. It's slower than planned, but the boys are excited about learning how to build and getting to hammer lots of nails.
Posted by Schick fun ideas at 8:47 AM No comments:

With all the hype of election day around here, I took the opportunity to involve the boys in the election. I knew that yesterday they would be doing their "elections" at school so at breakfast we talked about what they knew about the candidates. Robert had been talking  a lot about the elections and when we discussed this I was surprised what he really did know about them. Without, influencing them about how I was going to vote I asked some questions.

1. So who would you vote for?
2. Why?
3. What do they stand for? (Robert understood this one- Garrett not so much)
4. Does what they stand for and what you believe match up?

To this Robert answered "Doesn't Obama believe that guys and guys and girls and girls can marry?" To which I replied - "yes, why? Do you believe in that?" He looks at me with all seriousness and says "Mom, God says that it is to be a Guy and a Girl, that's not how God wants it!"  (And inside I'm going YEAH!!!!!!! he has it, now to make sure he continues to understand that)

So yesterday afternoon, I picked the boys up at school so we had enough time to let them accompany us to the voting polls. Gary took Garrett and I took Robert with us. They each got a sample ballot to look over too. Then this morning they were up watching the TV for the results (they needed the answer for school), but they were interested in what our government is doing. Even if it is just a little bit of interest, it's a start. For Robert it is part of him learning about our government and where "we the people" fit into the chain of command.

Even if the elections didn't turn out the way I had hoped, at least it was an educational opportunity for the boys. If you get the chance talk to your kids about what they believe!
Posted by Schick fun ideas at 4:07 PM No comments:


Okay we usually have a "Halloween Meal" with Andrew each year before the Trick or Treating or the Community Party. Well this year, with crazy schedules, we had it on Saturday afternoon. Sometimes, I make gross looking things and then have to talk them into trying it, other times, I just add weird names. This year, it was a combination. We had "Red Wiggler sandwich", "Spider warts", "Witches fingers",  slices of "frog eyes" and "Bat Bodies" I explained that when witches prepare their brews they had to have unusual ingredients, and that our meal was from their ingredient list.  The red wiggler sandwich - hot dogs sliced length-wise and then cooked with BBQ sauce all served on a burger bun so they kind of fall off the sides. The "spider warts" were just Tater tots. Then the "witches fingers"- cheese sticks with "V" shapes cut in at the knuckle area and then an almond placed in the tip for the finger nail and our "frog eyes" were just grapes sliced across the grape. And finally we had the "Bat Bodies" - these were just Swiss cake rolls that I used M&M's for eyes and a nose at one end of the Swiss cake roll.
Posted by Schick fun ideas at 8:35 AM No comments:

Halloween at Our House