Today was an exciting day and a sad day, as Garrett participated in his last Pinewood Derby as a Cub Scout. It's hard to believe that he started with Cub Scouts 5 years ago and what all he has learned. We compared the cars from the past years and you can see the difficulty increase as this year he made a Indy car. He diligently sanded and cut, painted and prepared his car. His face beamed before we left for the race. Now he was competing against about 35 other cars this year and he didn't make the top 10 cars, but he knows that he did the work on the car. But even though he wasn't a trophy winner, he still learned al ot and had a lot of fun making his car this year. 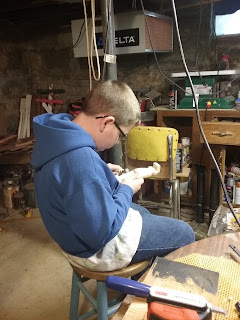 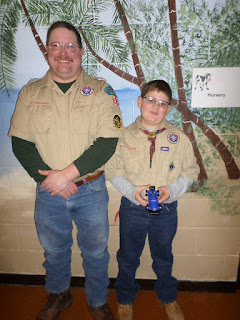 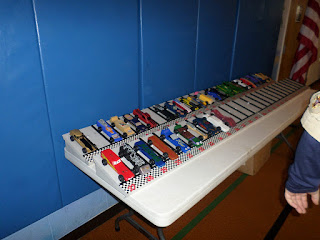 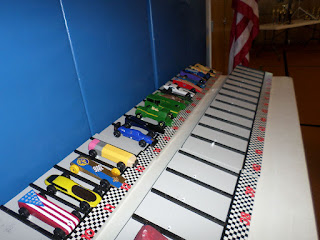 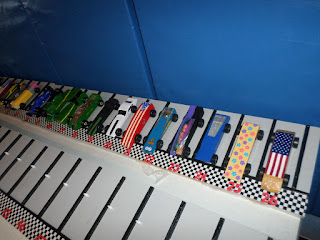 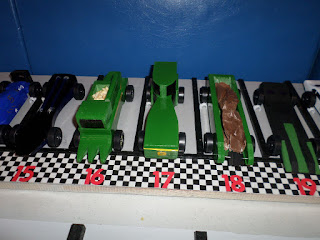